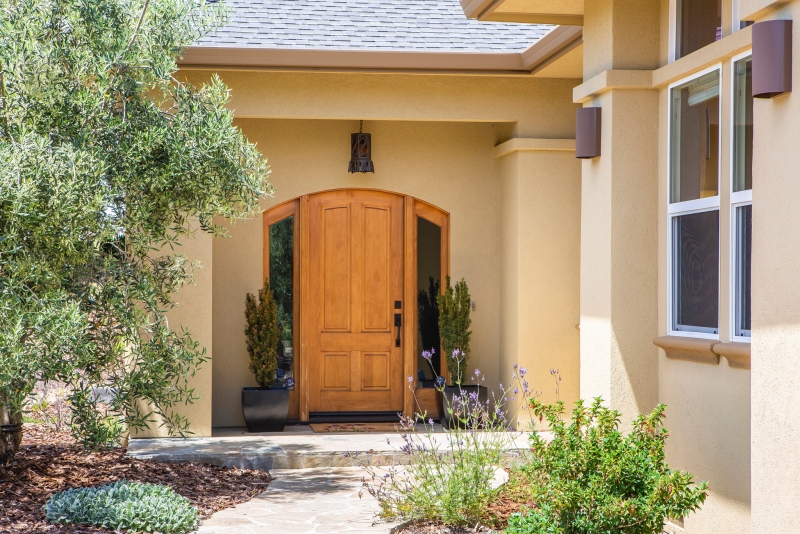 The largest city in Sonoma County, as well as the county seat, Santa Rosa offers all the amenities of urban life but is not far removed from the spectacular natural scenery that the Wine Country is famous for.
Old Courthouse Square is the center of downtown Santa Rosa and is surrounded by numerous shops and restaurants. Historic neighborhoods, including Railroad Square, West End, and Cherry Street District, give Santa Rosa its quintessential small-town feel. Old mansions and Victorians can still be found downtown near tree-lined McDonald Avenue, perhaps the most beautiful street in Santa Rosa.
The Fountaingrove and Shiloh neighborhoods and the canyons and hillsides surrounding the city offer the most prestigious homes for sale, and prices climb along with the elevation. Estates here are of the gated variety, built on large parcels of land and offer sweeping views of the valleys below.
Activities in Santa Rosa include the Charles M. Schulz Museum, dedicated to one of the city’s most famous former residents; Redwood Empire Ice Arena; and Safari West, a private African wildlife preserve just outside the city.
There is a growing technology footprint in Santa Rosa, though many residents commute to San Francisco -- a trek that has gotten easier thanks to the addition of carpool lanes and road-widening initiatives.

About halfway between Santa Rosa and Glen Ellen, Sonoma Ridge Road is a gated community, nestled among five tranquil state and regional parks and yet only a 12 minute drive to groceries, restaurants, banks, and other amenities.

The house at 255 Sonoma Ridge Road is built on one of eight +/- 40 acre parcels carved out from the former Wollmer ranch.  Behind the grape-cluster community gate there are seven homes (one of the properties is exclusively vineyards).  The ranch was subdivided and developed in the 1990s, and the house was built in 1998.

In 2012, the current owners enlarged the house by about 1000 feet, bringing it to a total of 3118 square feet.  The additions were designed with clerestory windows and tray ceilings, to maximize light, allow for heat dispersal, and match the style of the existing house.  In addition to the home itself, there are two storage sheds (one adjacent to the house, the other on the southern slope from the house’s front yard) and a barn.

The home boasts a hobby vineyard (planted with Merlot) and +/- two acres of lavender.

The walkways and exterior stair layouts were designed and built by the current owners.  On the northern side of the house, a downward stairway was built in 2013, with a view to accessing an eventual lavender field.  That lavender field was laid out, irrigated, and planted in 2014.  The field is laid out in eight blocks, each planted with +/- 350 plants.  Oil from the plants is distilled and/or dried, then sold to offset fieldwork costs.

Built in 2016-17, the barn sits at the end of the central corridor down the lavender field.  It has a ground floor of 1440 square feet and a loft area about half as large.  The front half of the barn is a working barn, with ample equipment storage and used to process the lavender harvest — but it has been used for karaoke and dinner parties as well. The back half is overflow guest space encompassing a bedroom, a full bath, and an open area with a refrigerator, microwave, and space for edibles and wine.

Fun facts:  the door to the bedroom was hand-carved by one of the sculptors of a wooden monastery in Maramures County, in northwestern Romania.  The wall niches (in which the current owners have placed ceramic figurines) were carved by an artist from the city of Brasov, in Transylvania.

Also, on one side of the lavender stairs is a hand-carved Hungarian totem pole, from the central-eastern Szekler region of Romania.

Most of the flowers and bushes around the home and along the lavender stairway are California natives.  All are on drip irrigation although, as mature plants, little water is needed. The plants were chosen to (a) attract hummingbirds, (b ) provide bird shelter, and (c) provide year-long color at varying times across the year.  Selections include:

There are 10 fruit trees on the property:  three Meyer lemons, two seedless Mexican limes, one dwarf navel orange, two Argonne figs, one pomegranate, and one cherry.  There are also a number of fruit-bearing quince bushes along the driveway and in the side yard, as well as three caper bushes on the upper hill.  (The owners use all of these in their cooking.). The olive trees along the driveway and front walkway are non-fruiting.

Only a portion of the property is deer-fenced:  the owners wanted to minimize visuals of the fence from the great room and back terrace, and also to leave access to the swale (a water source and bed-down area) for deer that inhabit the region.  Where possible, the deer-fencing was placed on uphill slopes, to minimize successfully the ability of deer to jump inside.  The fencers included four manual gates to be opened in the event deer manage to get in:  one at the southeast corner of the property, along the access road; another at the barn, also along the access road; and two along the northwestern portions of the property (in the swale).

The community well is located at the entrance to the property, and the storage tank is on the far side of the hill behind the house.  The well serves half of the properties behind the community gate (the gate with grapes on it).  It is 839 feet deep and reportedly taps into an acquifer that runs from the Sierra Nevada.  According to records, at last test the flow rate was 350 gallons per minute.

The well is managed by Sonoma Ridge Properties, which bills users by a flat rate based on the presence/absence of a house and the property’s agricultural usage.  Bills for 255 Sonoma Ridge Road have averaged $100 per month